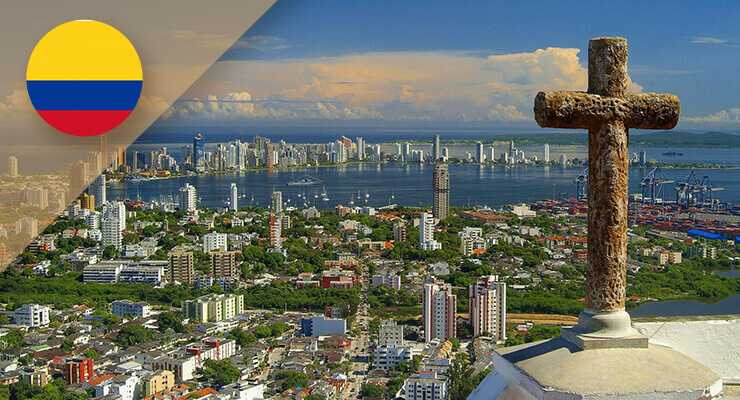 Asylum is granted to many Colombians in the United States who are trying to escape from the two guerrilla groups, the Farc and ELN. Because of constant fear of death, many Colombians arrive to the U.S. to seek asylum.

The Farc, the Revolutionary Armed Forces of Colombia, is one of the guerrilla groups in Colombia that fights against the Colombian government. Various human rights organizations accuse the Farc of recruiting farmers (both men and women) and even children to rebel against the government. What is even worse, the Farc blew up multiple social clubs, power supply utilities, oil pipelines, and so on. Many civilians were injured or killed because of the Farc’s actions.
Besides the Farc, we have mentioned ELN or National Liberation Army. The ELN is considered a terrorist organization by the U.S. government. The ELN uses the same violent approaches to fight against the Colombian government as the Farc. And although there were treaties agreed between the ELN and government, civilians may be dragged into a war in the future.

Asylum for Colombians in the United States

The Colombian government is trying to improve the situation in their country. But there are many Colombians who may be persecuted by the government or rebels. Another major issue in Colombia is violence against women.

If you were persecuted or injured by the Farc, ELN, or Colombian government, the United States can help you. You may arrive to the United States and contact U.S. Citizenship and Immigration Services (USCIS). USCIS is the agency concerned with immigration, and they work on immigration cases of asylum seekers. If you are a Colombian, then you only need to gather the information to prove that rebel groups threaten your life. Hiring a professional immigration lawyer or attorney will help you through the asylum process.

If you are Colombian and you want to apply for asylum in the United States, contact a professional immigration lawyer to get help.

Related articles
FAQ
You can use the Form I-485 to become a permanent resident in the US.
Blog
Given that the immigration law in the United States is highly complex, you might
FAQ
It’s a trick question because each asylum case is unique. Therefore, your asylum officer
FAQ
You can file Form I-730 for your relative refugee only if you received asylum
Political Asylum USA > Colombians Asylum
Search
Subscribe to our updates
We use cookies to best represent our site. If you continue to use the site, we will assume that it suits you.OkPrivacy policy